Following on from last year’s edition, Paul has constructed a vast database on BC Wine and its competitive position. He’ll be demonstrating an interactive version of this year’s report that can respond to your specific needs for analysis and information on BC Wine by history, market share, region, wine type, scores, pricing, channel, competitiveness against imports and much, much more. This introductory session will demonstrate the scope of the project and how every winery, regardless of size, can leverage the analysis to craft better product positioning and improve sales.

There are many rating services and competitions. Some carry higher influence than others either internationally, nationally, or locally – each has a merit and an audience. Wineries need to pick those that are most relevant as there are both time and money costs incurred by the winery. Crowd-sourced scores are widely distributed and can be leveraged with very little investment of time.

Vivino is the largest international crowd-sourced scoring app and the one, from observation, that is the most used by all levels of BC consumers[i] at point of purchase. Vivino’s primary overall score[ii] is a compound average based on total results over time and is the first data point on the screen when searching – many do not go beyond this. I have matched up over 3,000 Vivino scores against BC and import wines sold in BC.

BC wines have garnered substantial market share here in the Province and at premium pricing versus import competition.  Vivino says that the average score across its database is about 3.6. With over 1,900 BC wine scores added to the database – accounting for about 75% of BC wine litre volume sold in 2021, 83% of BC wines rate higher than average! And, more importantly, in BC wine’s key volume, price and variety segments it consistently scores higher than comparable imports sold here.

Vivino has some added advantages

Do Consumers agree with Judges? Overall, they do

One aspect I wanted to explore was whether winners of judged awards differed significantly from crowd-sourced scores.

WineAlign is Canada’s biggest national competition. It draws in a wide pool of judges and is based on blind tasting. Judges include several people who have popular score sites. I have used only Platinum, Gold and Silver levels as these provide the most winery marketing[iii] pay-off. 46 of the award-winning wines have no Vivino score as yet. The table below compares only those 305 that have a match.

The overall average Vivino score generally supports the judges as it is higher than the BC average. However, there are some significant variations within each level of award. Judges and consumers are quite aligned at the Platinum level with a small spread of Vivino scores. Silver represents the largest divergence. The difference in scores within the award levels is possibly the result of comparing a specific vintage to an accumulated score. Awards can be considered as “Lead Indicators” compared to Vivino scores.

One of the major benefits of blind tasting is that price is not a factor in judging. While the average for award winners is well above that of BC overall, there are value gems in each tier at very reasonable prices.  Vivino scores show a moderate positive correlation of score to price.

WineAlign Platinum and Gold award winners tend to be low volume, boutique wines. Silver winners had a significantly higher average volume. This higher volume means they have a wider range of consumers which in turn creates a broader range of scores. The total 351 WineAlign award winning wines account for about 10% of BC wine’s overall sales in 2021. Two thirds of these sold less than 500 cases and are <2% of BC’s 2021 wine volume.

“Action this Day” – Winston Churchill – What can a winery do?

There’s a lot more to come on Vivino scores in the #BCWine2021 data including score comparisons between BC wines and import wines by price segment and by variety as sold.

[ii] On Vivino, consumers rate wines in a scale of 5 (best). Historically scores were allowed in 0.5 increments (e.g., 3, 3.5,4.0 etc.) – all the scores analysed above used this scale. However, in March 2022 Vivino changed its score scale to 0.1 increments so that users can now rate a wine say, at 3.7 versus having to choose between 3.5 and 4.0. Over time this will refine scores but their database has a tremendous inertia built on the previous scale so there will be no immediate rescore of any past score by this change unless the number of scores is very low.

[iii] Judges can only taste what is submitted to competition so there is an inbuilt selection bias as wineries tend to submit their “best” wines, understandably. Apart from any marketing benefit of awards, wineries use the results to calibrate their own wines against the market. 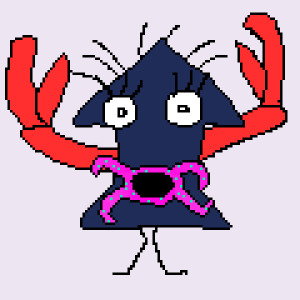 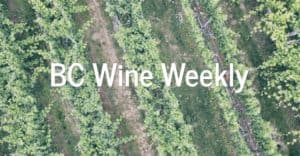 What’s up With the Okanagan?